So today was the day to inspect the top box (i.e. honey super) and remove the queen excluder. I only wanted to keep the queen out of the top box for a short time - comb would be free of newly laid eggs.

~21 days ago I moved a frame of natural comb from the middle box. All the brood in the frame had all hatched out and the comb was repurposed for honey storage. They had drawn out the comb wider than I expected due to the fact that the adjacent frames were not all drawn out to the frame edges. The bees took advantage of this space and made the center honeycomb fatter than normal. Even wider because the box had only 9 frames - using frame spacers evenly space frames to allow bigger honeycomb. 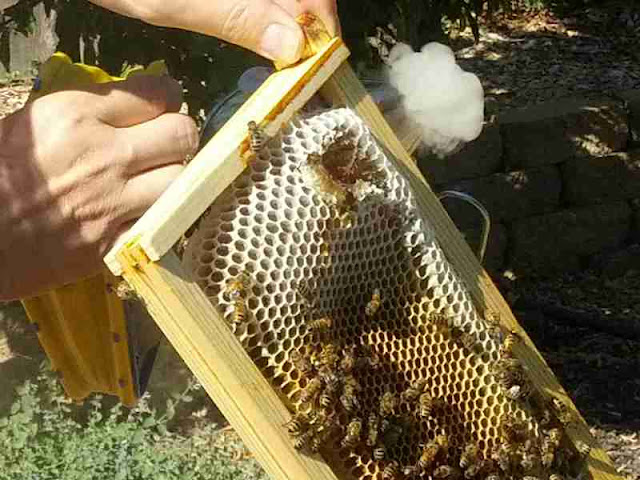 The widest corner was so fat it broke during frame removal. Since it was already damaged I choose to use this as our sample to taste. Unfortunately the honey was not completely ready (cured and capped) and It did not taste 100% ready but it was still good. 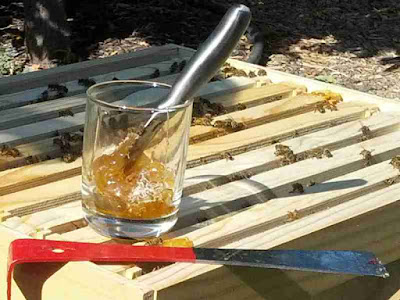 Photo: me working at the hive.